PIGEON FORGE, Tenn. (Tuesday, November 15, 2022) — On Tuesday morning, officials from Dollywood theme park and roller coaster manufacturer Vekoma literally took the cover off the ride vehicles that will be featured on the park’s new Big Bear Mountain which opens Spring 2023 at the Pigeon Forge, Tennessee, park. The unveiling took place during the International Association of Amusement Parks and Attractions (IAAPA) Expo in Orlando.

The highly-detailed coaster trains resemble four-wheel-drive SUVs and feature working headlights and taillights, as well as on-board audio, a first for a Dollywood attraction. Each coaster train seats 20 guests. At $25 million, the ride is the largest single attraction investment ever at Dollywood, while the coaster’s 3,990 ft. length makes it the longest roller coaster at the park as well. Guests on Big Bear Mountain board the vehicles for an unforgettable expedition in search of the elusive “Big Bear” in the hills just beyond Dollywood’s newest area, Wildwood Grove.

In addition to unveiling the vehicles, a new, forward-facing, first-person POV video was released to media, detailing the thrilling adventure riders will experience when Big Bear Mountain opens. A new overview image also was released and details how much new area the immense attraction’s bright orange track adds to the park. At a little more than ¾-mile long, Dollywood guests will have plenty of thrilling moments to experience, including three separate launches, multiple airtime hills, high-speed carousel turns, and tunnels, including a pass behind a waterfall. Big Bear Mountain features a 39” height requirement and takes guests to a top speed of 48 mph.

According to legend, Big Bear is a massive black bear who has been roaming through Wildwood Grove for as long as anyone can remember. While no one has ever seen him, telltale signs regularly appear in the hills surrounding the Grove. Dollywood guests are invited to join Wildwood Grove’s resident wilderness explorer, Ned Oakley, on an adventure to find Big Bear. From his base camp—located just a stone’s throw from the Grove’s Hidden Hollow—Oakley takes adventurers on an unforgettable ride in his specially-outfitted, four-wheel-drive SUVs.

“Big Bear Mountain is just that—big,” exclaimed Eugene Naughton, President of Dollywood Parks & Resorts. “This ride is going to be a game changer for us at Dollywood for several reasons, including the fact it’s the largest coaster we’ve ever built and our first ride with on-board audio, so we wanted to unveil the ride vehicles with our partners at Vekoma on the show floor at IAAPA. We’re excited about what Big Bear Mountain means for Dollywood, and we wanted to share this really special moment with the industry. Things are going to get big at Dollywood in 2023, and we hope everyone will come share in the fun.” 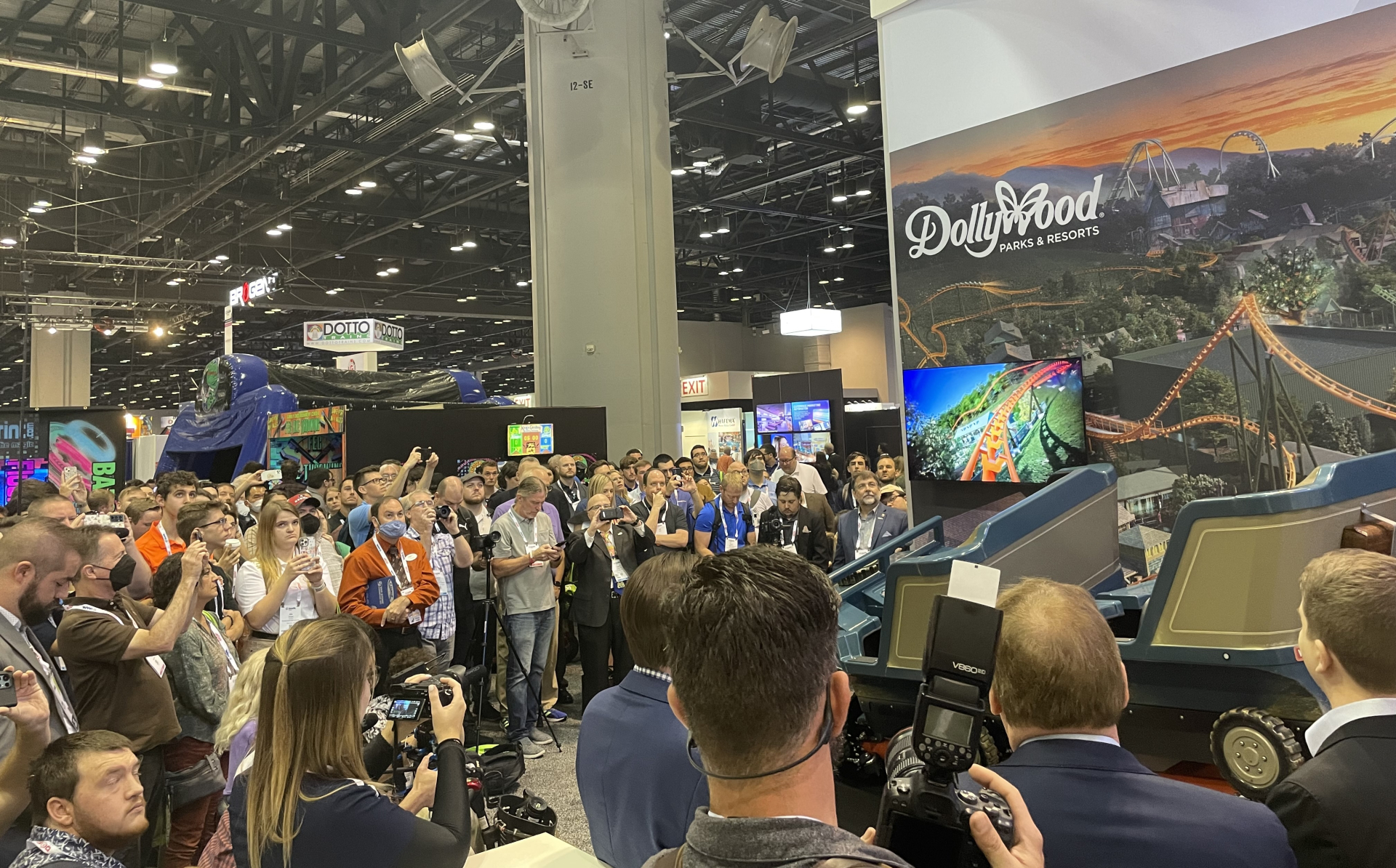 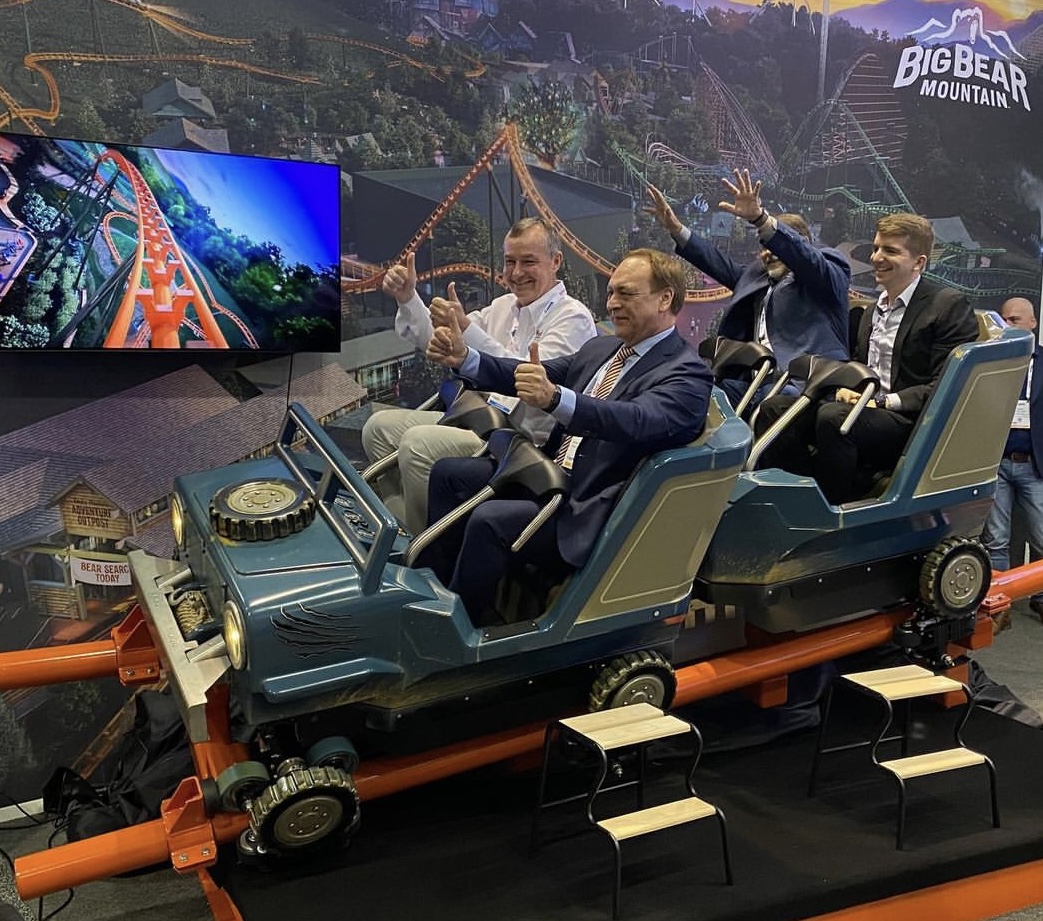 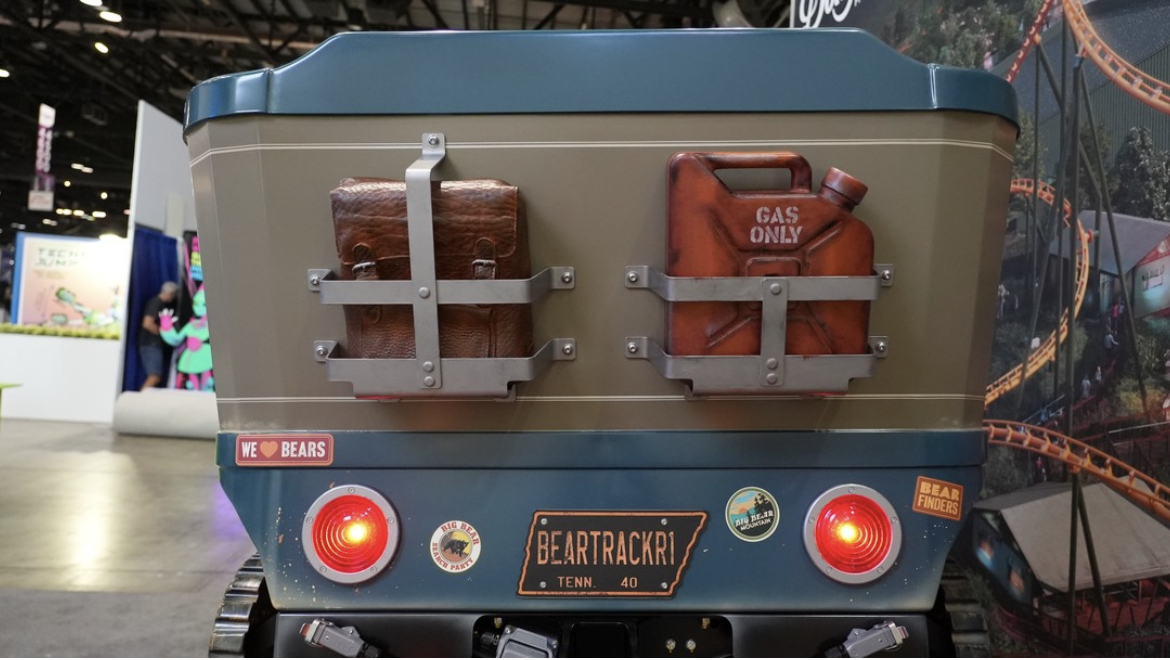