The Family Launch Coaster is one of Vekoma’s newest models that will open in 2023 at the Swedish amusement park Furuvik. The ride begins with a launch: within three seconds, a train reaches a top speed of 75 kilometers per hour. This is followed by a 430-meter-long track, with a modest height of 16.4 meters. Once back in the station, the train is not slowed down, but accelerated again to 75 kilometers per hour for a second round. That part is called "launch on the fly." Passengers thus travel 860 meters per ride. ‘Lightning’ is built for speed and will be suitable for the whole family despite its fierce elements. 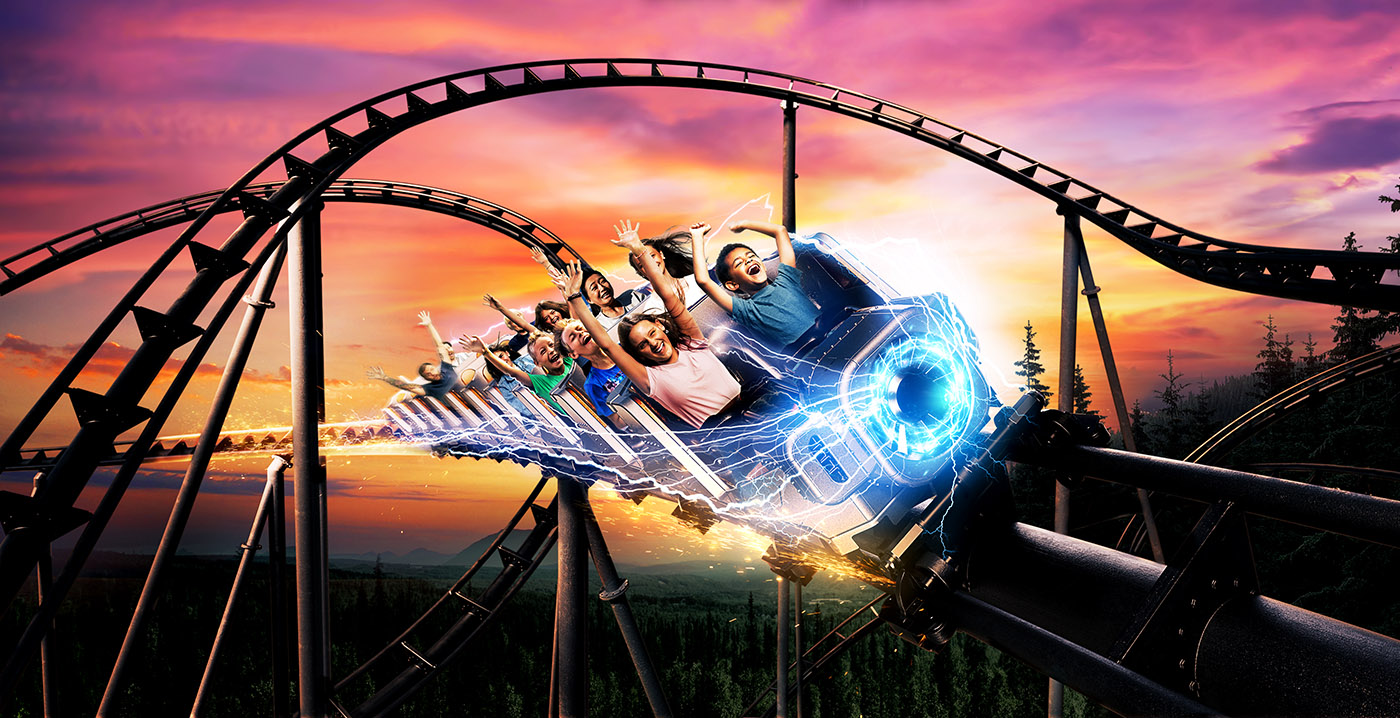